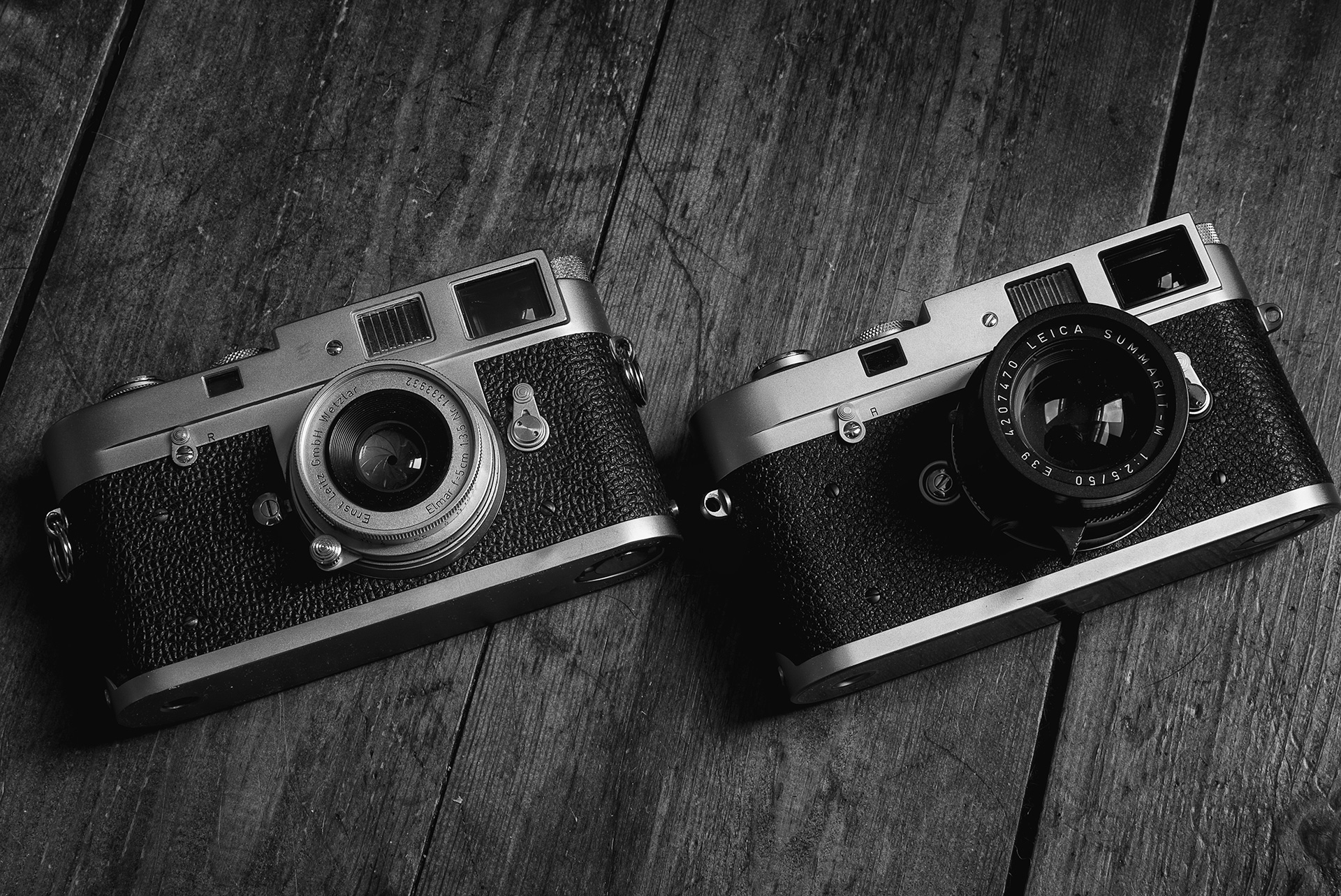 When I first started shooting, I learned that no man should ever squeeze a shutter release without first have many years of instructions and at least $2000 worth of the finest equipment. That meant that I had to have the most modern SLR and the brightest of glass. I struggled back then wondering why my bank-rolled setup refused to give me what was in my mind’s eye. Eventually, I gave up the ghost and forgot about any kind of serious photography.

And then, about a decade ago I stumbled upon a Leica M3, a little 35mm Summicron, and a roll of film. The manual nature of the camera forced me to learn the basics, but it was the mechanical feel of the thing that made me stick around long enough to do so. I’ve been a Leica guy ever since.

Of course, being a Leica guy on a Pentax budget hasn’t been easy. I’ve done a lot of horse trading through the years. The Leica M3 was stolen and replaced with a Leica M8 and then a Fuji X-Pro 1, and then a Leica M9, and then… You get the picture.

These days I seem to have settled a bit. For over a year, this has been my basic kit:

Leica M7. This is my film camera of choice. I’ve owned both an M3 and an M6 and they are sexier cameras, but the aperture priority of the M7 makes shooting much more enjoyable for me. I’ve owned this camera for three years now and use it mostly to shoot my family.

Sony A7R II. I resisted these full framed digital bodies for as long as I could. In my mind, shooting a Sony is a lot like shooting with a computer. It’s stale… and not very tactile. However, the A7R II is just so damned versatile that I pretty much had to own one for work. I use it for technical photos as well as for a lot of video projects.

18mm Zeiss Batis. A video lens for the Sony… and probably the best ultra wide I’ve ever used.

35mm Leica Summilux FLE. This is the best 35mm lens ever made and it’s my pride and joy. I use it on both the M7 and the Sony.

35mm Sony/Zeiss FE. This one is used mostly for video on the Sony.

85mm Zeiss Batis. Again, a lens for the Sony… But man is this one beautiful modern lens.

90mm Leica Summarit. I reserve this one for the M7. It’s a great portrait lens and the build quality is insane.